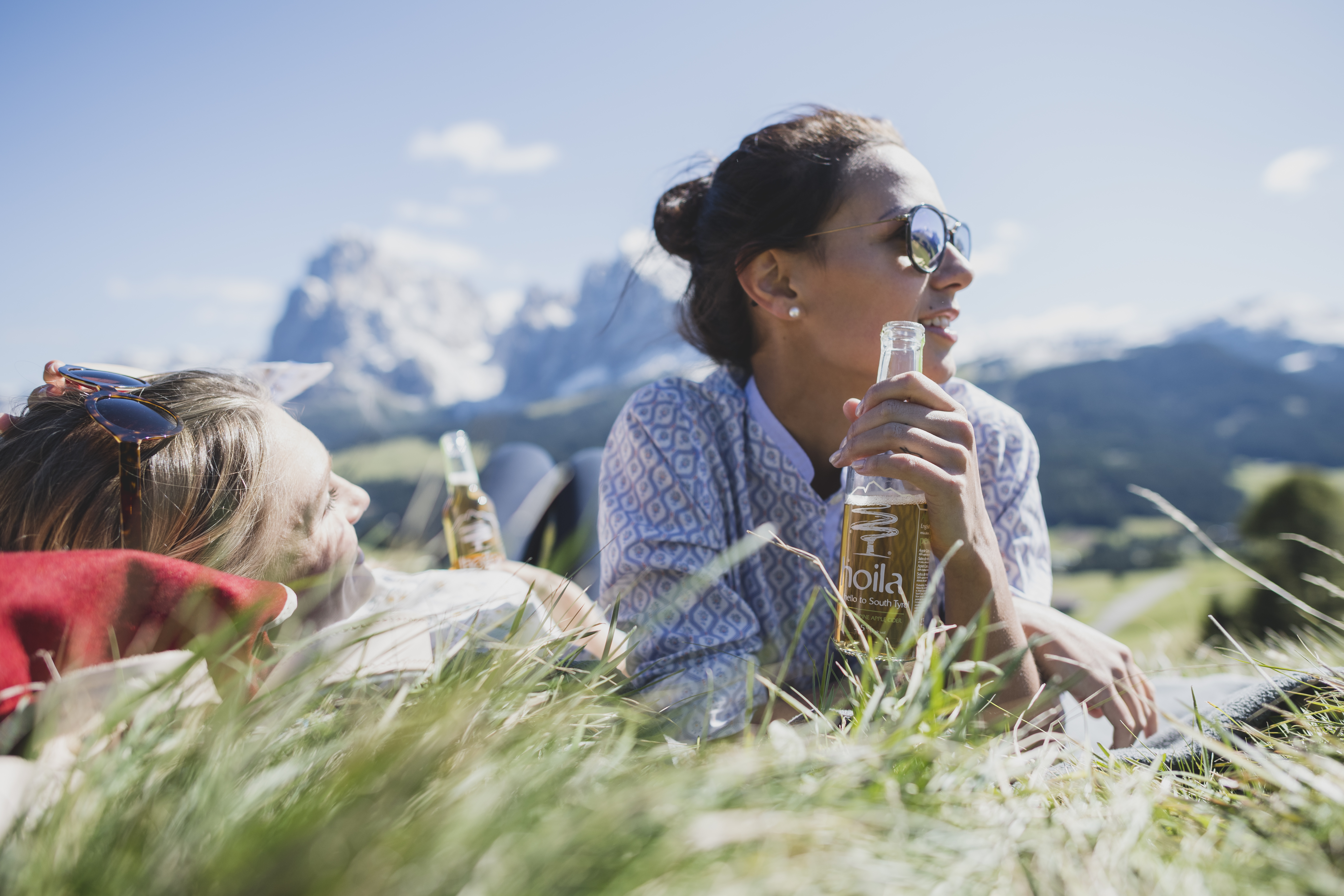 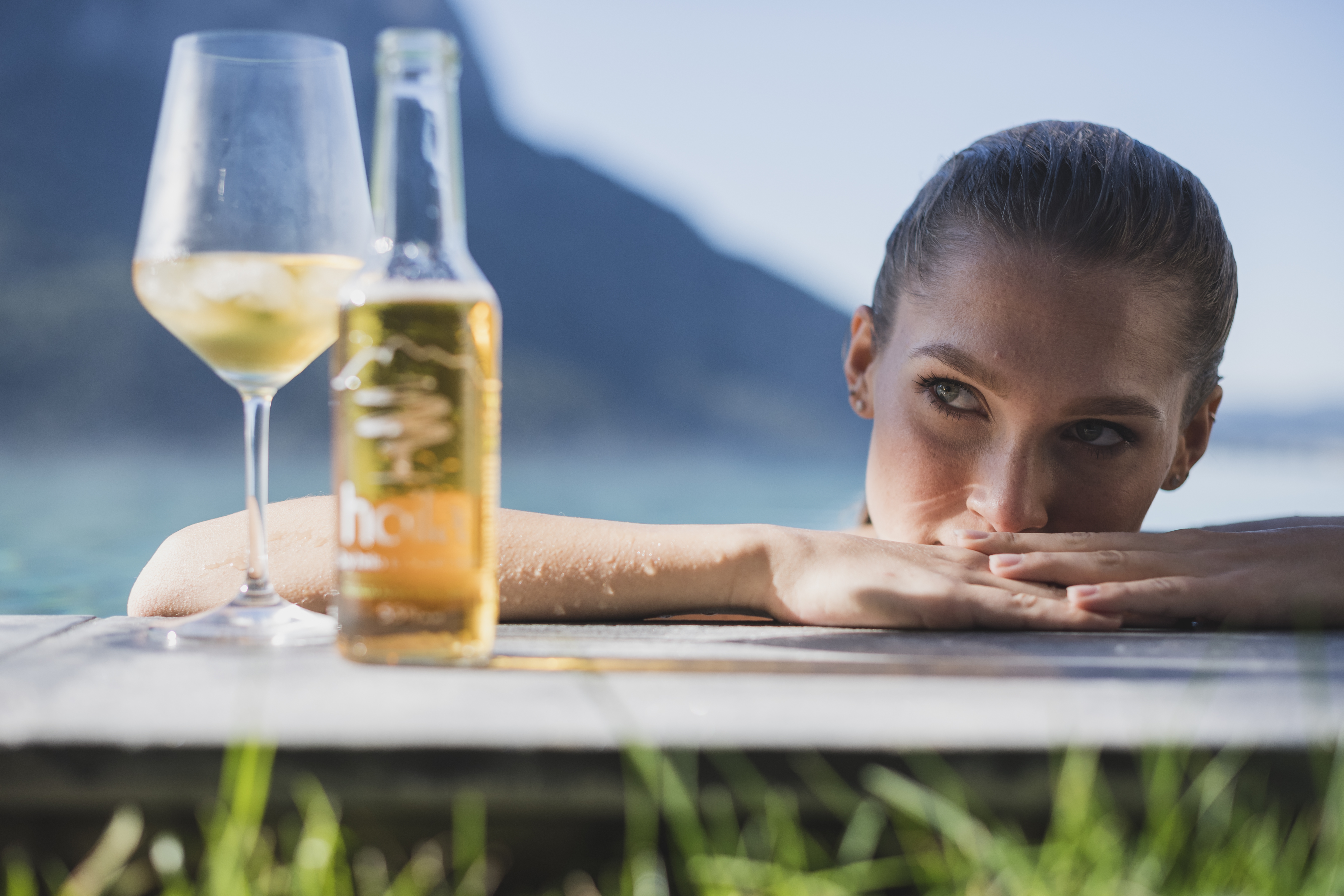 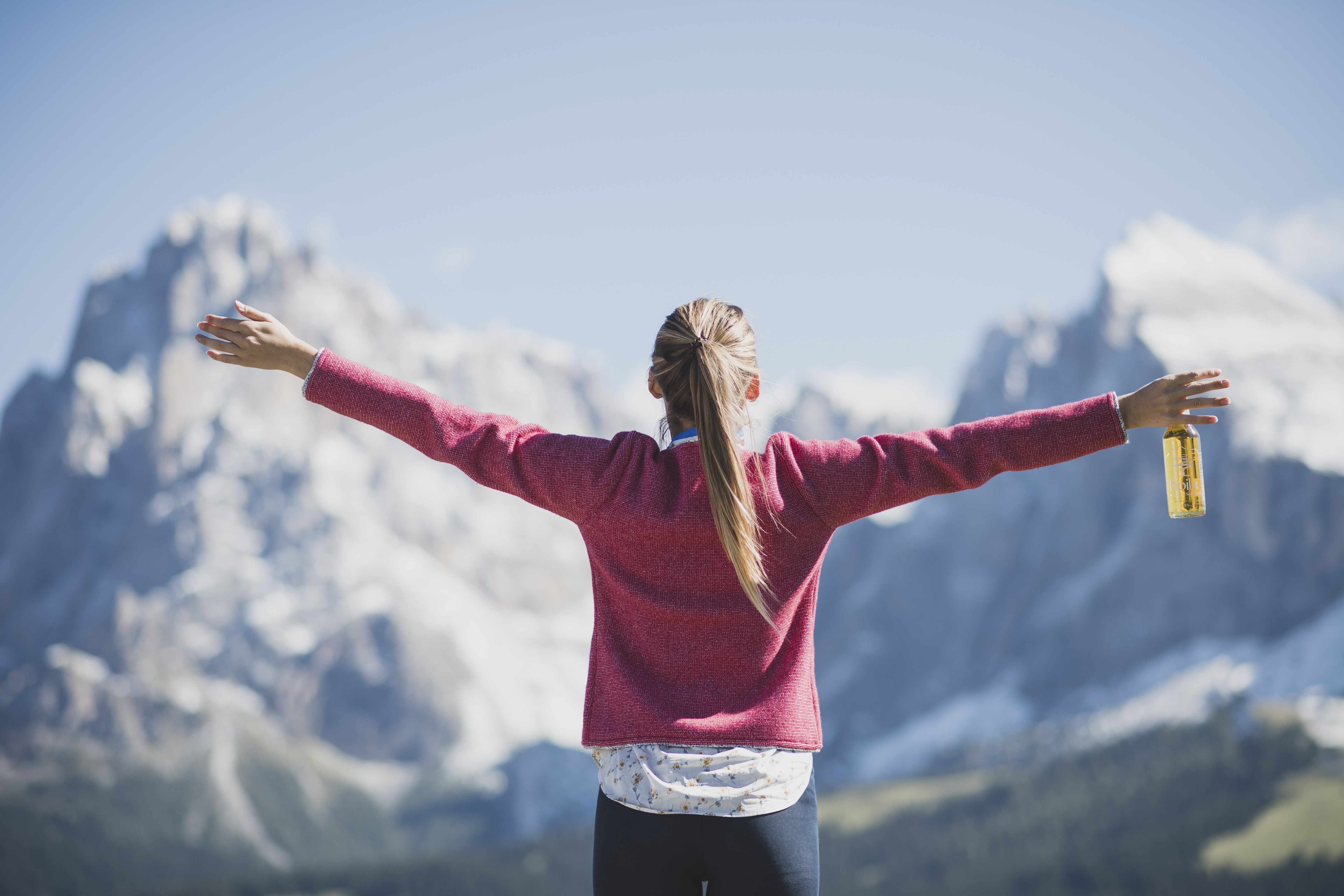 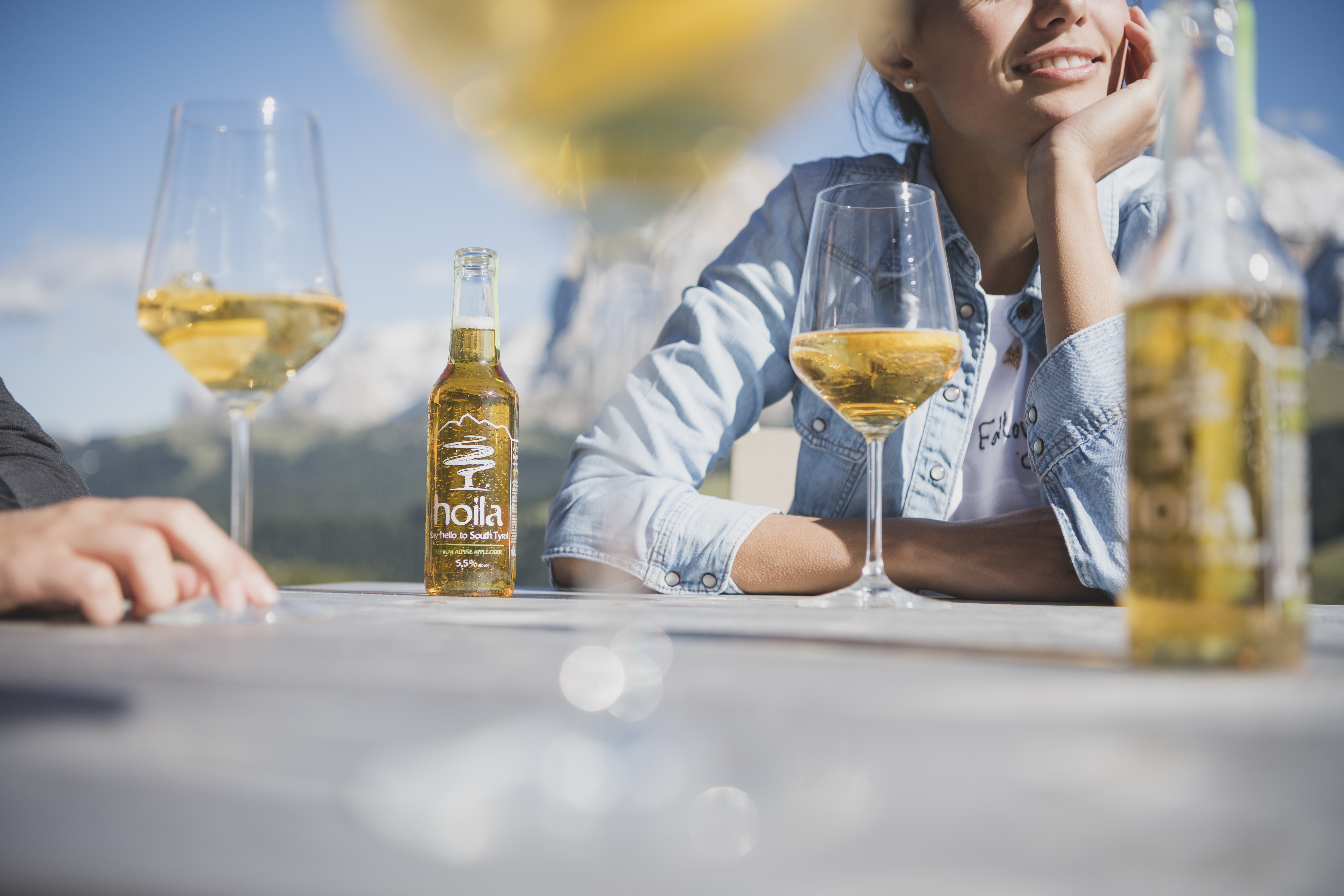 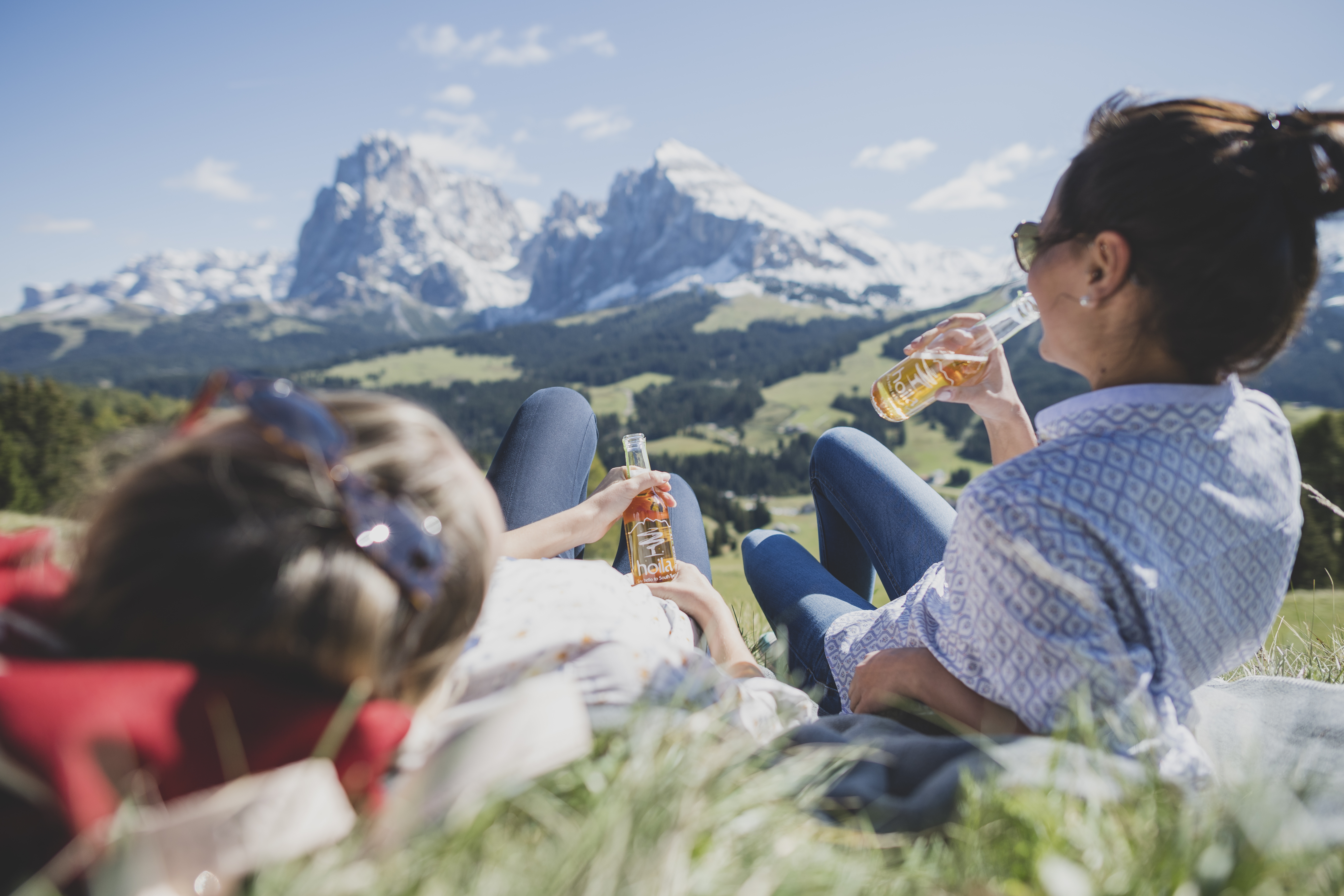 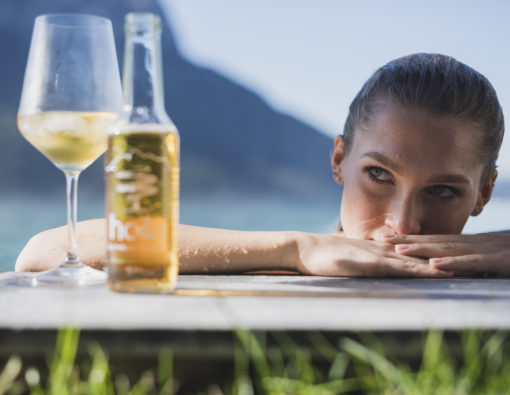 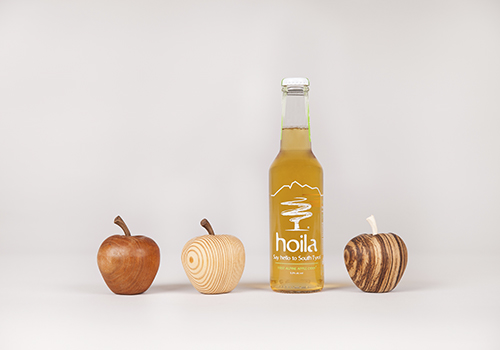 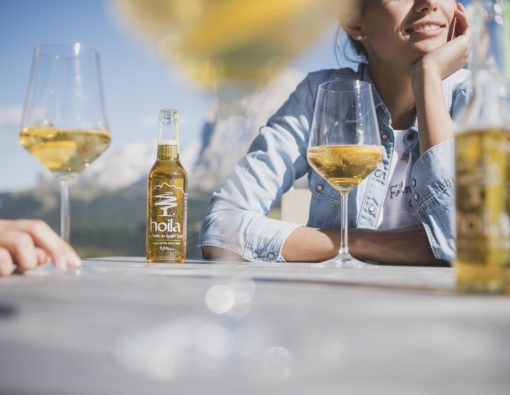 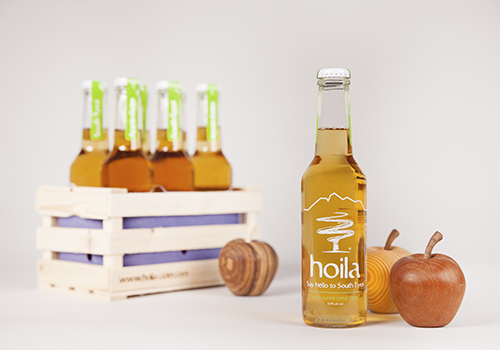 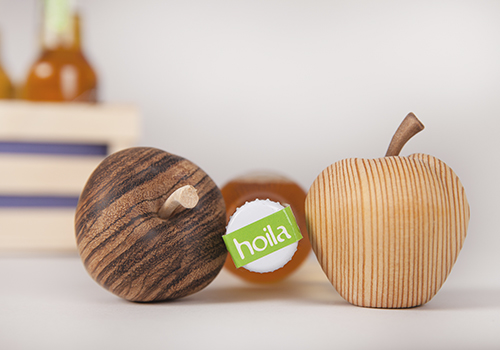 3 apples in a bottle. Nothing else.
Hoila Cider is a refreshing alcoholic beverage made from the purest apples grown in our home region. We combine the best British brewing tradition with Alpine authenticity, artisanship and absolute commitment to quality. The entire production takes place in South Tyrol, in the heart of the Alps.

We believe in the genius of simplicity, the power of authenticity, the love for our home, and the joy of living. These are the values of Hoila.

Hoila was born through an extensive research collaboration with the prestigious Institute of Brewing and Distilling (IBD) at Heriot Watt University in Edinburgh, Scotland. We analyzed and evaluated over 20 local apple varieties to create our premium blend. After years of hard work, countless trials and tests, and true dedication we established our own cider production facilities in Cortina.

People influence people. A trusted referral means much more than the best broadcast message. Hoila is recommended and endorsed by strong partners and prestigious bars, clubs, restaurants and hotels all over Europe. 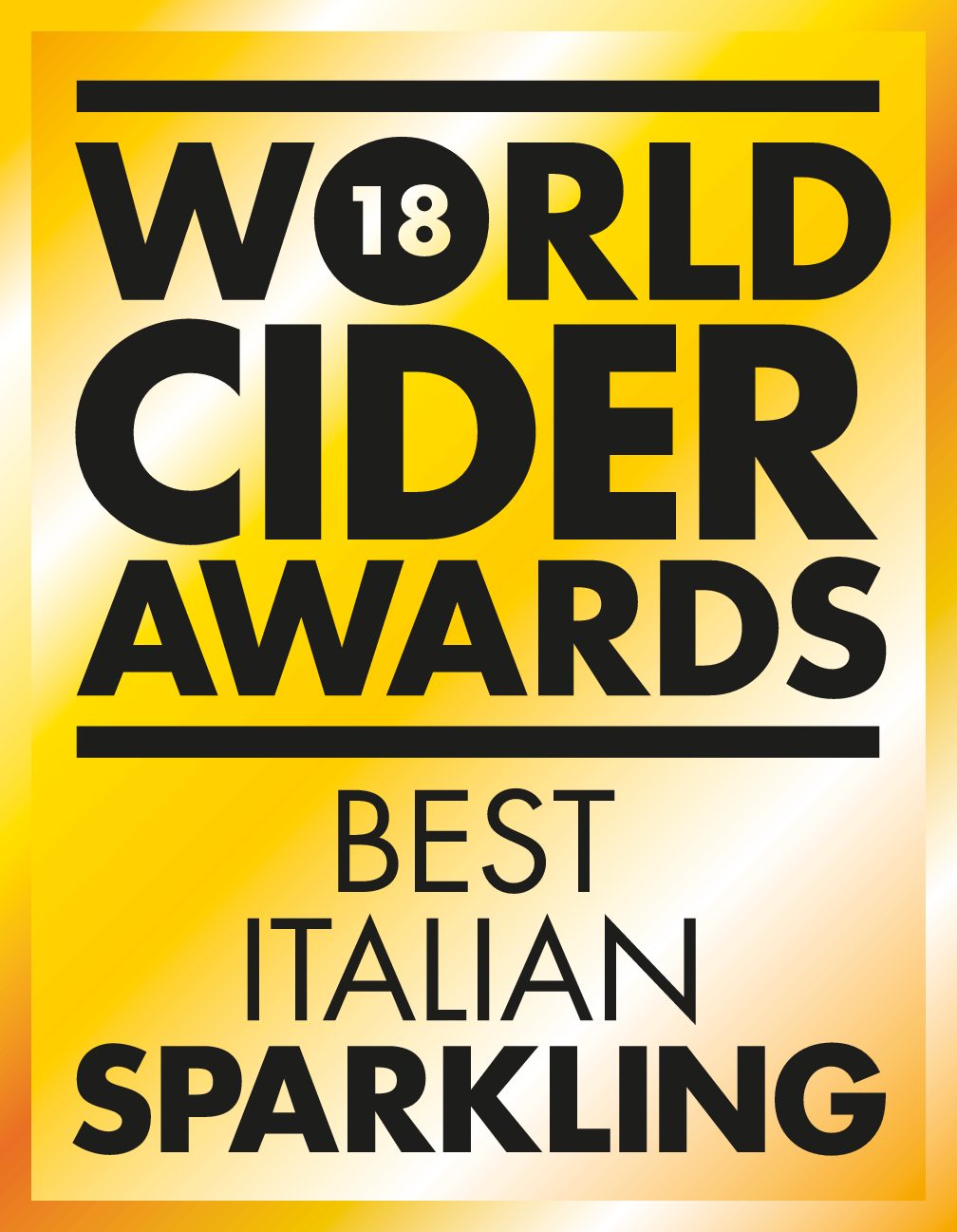 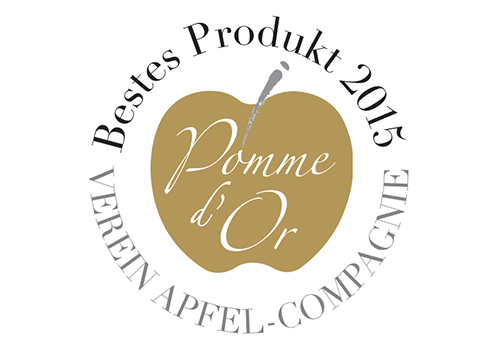 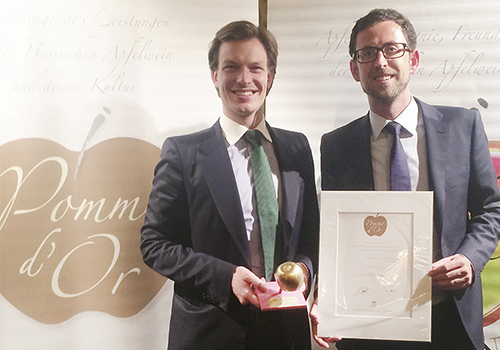 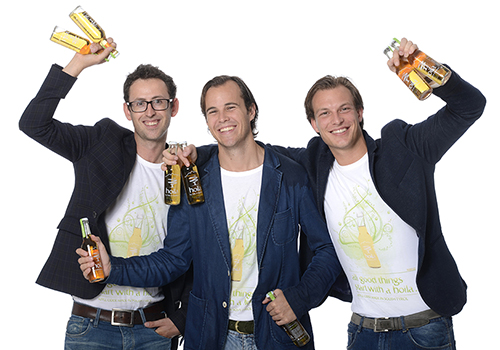 This award is the first of its kind in this sector for a Southtyrolean product and provides proof that a world-class apple region can and should be the home of superb cider-making.

The „Golden Apple“ is considered an Oscar in the sector of apple ciders; the ceremony took place in the Grandhotel Hessischer Hof in Frankfurt, where an international audience celebrated the award with an apple-based gourmet menu. The jury is composed of experienced someliers and degustation professionals from the apple cider industry.
Among the main criteria of the 150-points-system were color, aroma and of course taste.

Südtirol
Maximilian , Philipp and Stefan  established Hoila out of pure passion. We want to create a bridge between traditional British craftsmanship and the attention to quality that makes Southtyrol so great.
max@hoila-cider.com 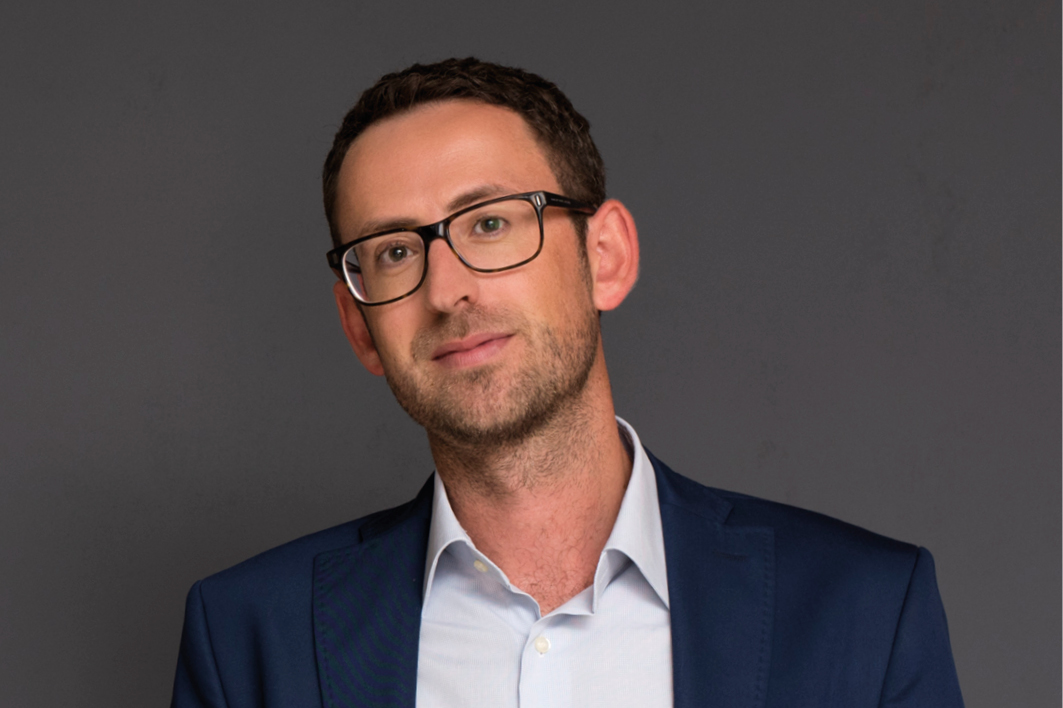 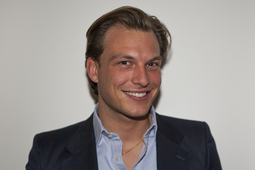 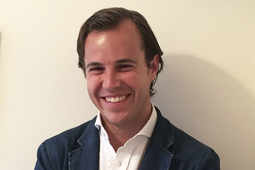 "I love the clean taste and the golden colour."

“Hoila has an incredibly intense apple bouquet, and a smooth feeling that makes it so easy to drink"

Tom Oberegger & Francesca Cappelletti, Bozen
The best tasting ingredients ever are love and passion. Or happy apples.
Get ready for the first alpine apple cider and say hoila to the founders!